Every profession has a way they describe different situation and needs of customers; the locksmith’s trade is not an exception. There are times a customer would need the help of a local locksmith to fix their lock, but upon getting to the locksmith, you will be asked specific questions to identify the situation of your lock, but the inability to answer accurately will not help the locksmith to know what tool or solution to proffer.

As part of Winnipeg Pure Locksmith’s customer education plan, we feel it would be helpful to share commonly used locksmiths terms so you can build your glossary of basic terms used by locksmith in their trade. Learning these basic locksmith terms would help each customer interact intelligently with their tradesmen when they need to fix their locks. 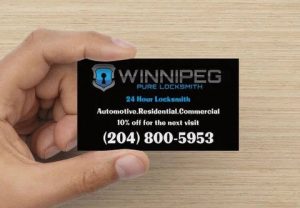 If you need an automotive locksmith to fix your car lock, or you need a Mobile locksmith Winnipeg for any lock issue, here are likely terms your locksmith would use when discussing with you:

Are you living or working in Winnipeg?

Lock issues occur on a 24/7 hour basis; this is why you need to get ready for any lock emergency by aligning yourself with a reputable locksmith in Winnipeg; you can be confident the Winnipeg Pure Locksmith will always be there when you need them. Call today at (204)-800-5953!